Why You Should Consider Paying a Pro to Build No-Code Mobile Apps for You.

Twenty years and 100,000 laborers before the Great Pyramid of Giza was completed, some mid-level Egyptian bureaucrat likely said, "How hard could it be? It's just a big triangle!" Mobile apps are no different. If you're looking to save money, it's tempting to try and build a no-code mobile app on your own. After all, there's no coding involved, so how hard could it be?

Let's put things in context. Consider you were in the market for a new car. Would you try and save money by building the car yourself? What if someone sold a kit that promised you could build your car with no automotive skills? Simply assemble the 30,000 included parts using the easy-to-follow instructions and a new car is yours! Would you assume the process was quick and simple?

That's the mistake people commonly make when they consider building a mobile app using a low-code or no-code app builder. These apps remove one of the larger stumbling blocks to getting a mobile app built, but it's wrong to think that means they make the process easy. There's still quite a bit that goes into building a successful mobile app, and it usually takes a pro to know the difference.

You Can Build a No-Code Mobile App Yourself, But There's a Learning Curve

If coding was the only difficult part of building a mobile app, mobile development teams would consist of nothing but programmers. But that isn't the case. These teams also include graphic designers, content writers, UI/UX (user interface/user experience) designers, and more.

Successful mobile app designs need to deeply consider how the end-user is going to interact with the finished product. They need an intuitive user interface that's streamlined to assist the user in accomplishing their desired task. These aren't minor considerations. You could build a no-code mobile app yourself, but building one that people want to use is much harder.

There's quite a bit of work that doesn't involve coding that goes into designing a mobile app. Before any project begins, development teams will first define their app's scope — What does it need to do? Who is the target market, and what are they looking for?

Trying to build an app without a precise understanding of what it should and shouldn't be is like trying to cook an eight-course meal with a random bucket of ingredients and your eyes closed. And no hands.

Along the way, team members will create user stories to help chart out desired features and rate each one based on how critical it is to the app's core functionality. The line between too many features and too few is often difficult to navigate.

Once work begins in earnest and the coders start their labors, the team simultaneously has to design the app's interface, create mockups for testing purposes, and then slowly refine the mockups into a cohesive design. This is an iterative process that takes time to get right.

As an analogy, consider digital music software. Users can create complex tunes without the ability to play a single instrument. But that doesn't mean creating beautiful music is easy. If you don't know how to use the software you might as well be two cats fighting on a piano. That's about the quality of music you can expect.

The good news is that when you let a pro build a no-code mobile app for you, you'll still save money over the traditional design process. That's because you won't be paying a team of programmers to design your app from scratch. Your app designer can use builders like Appsheet and Google App Maker to reduce labor requirements.

You also need to consider what your time is worth. What might take you weeks or months to design could be completed in a few days by professionals. Allowing them to do what they do best frees you to do what you do best.

If you'd like help building a no-code mobile app for your business or event, Puget Tech is a perfect choice. We've built apps for clients using Appsheet and we're equally happy to use any other app builder you'd prefer.

If you're struggling, we can throw you a no-code lifeline. If you haven't started yet, we can make sure your app is designed right from the beginning. You may not be building the Great Pyramid, but it could start to feel like you are if you get in over your head. Let us help. 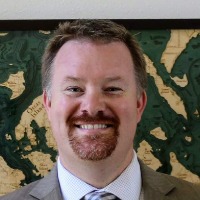 Clayton Conway
Business 5 min read
GoDaddy vs. Namecheap vs. Google Domains. Which Domain Registrar is Best For You?